Hi friends, I am back with the new topic. The topic which is mostly discussed and source of attraction for media. Nowadays news are mostly talking about World War 3.

Many isuues such as India-Pakistan border issue, North Korea issue, Syrian civil war and many more issues will be causes for this world war according to media.

Talking about this war, due to mean and jealousy in nations it may cause the war. In a whole , this war will be caused due to political issues not due to people. People are not interested in this war. They didn’t want this war. But due to few leaders of the nations the world come to threshold of ruining.

This news and issues are causing major harm to global economy. War is just a three letters word but hearing it sounds dangerous. 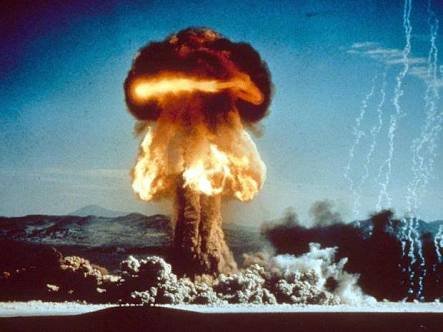 During the cold war , few countries came together and formed Non-Aligned movement. But during World War whole world will be involved in war and there wil be no non aligned.

There will be no one present to enjoy or mourn after the war because this war will live no one alive. The survivors will also die due to lack of resources. Life on earth will come to an end.

This war will be nothing but the end of human race on earth. Thinking about this war only makes us fear if it really happens then condition of people will be unpredictable during the war.

Donald Trump and Kim Jong-un are just the leaders of the war. We can bring an effort and avoid this war by stopping the unnecessary government actions. If the war will be declared, people should be able to stop the war as soon as possible for the welfare of mankind.

Syrian civil war can be stopped by putting a few effort by United Nations. If the world war happens it will be end of life and there will be no one present to read our history.

Aim of this blog was just to explain people about disadvanatages of world war and if this war happens people should be ready to tackle and ask the government to end the war. Because after that war we can’t do anything.

Images are taken from google